In a previous post published in late June, we discussed how the ratio of insider buying to insider selling had dropped in June as the market tumbled. In July, the broader insider trading market seemed to enter a period of uncertainty, as both overall buying and overall selling plunged sharply. 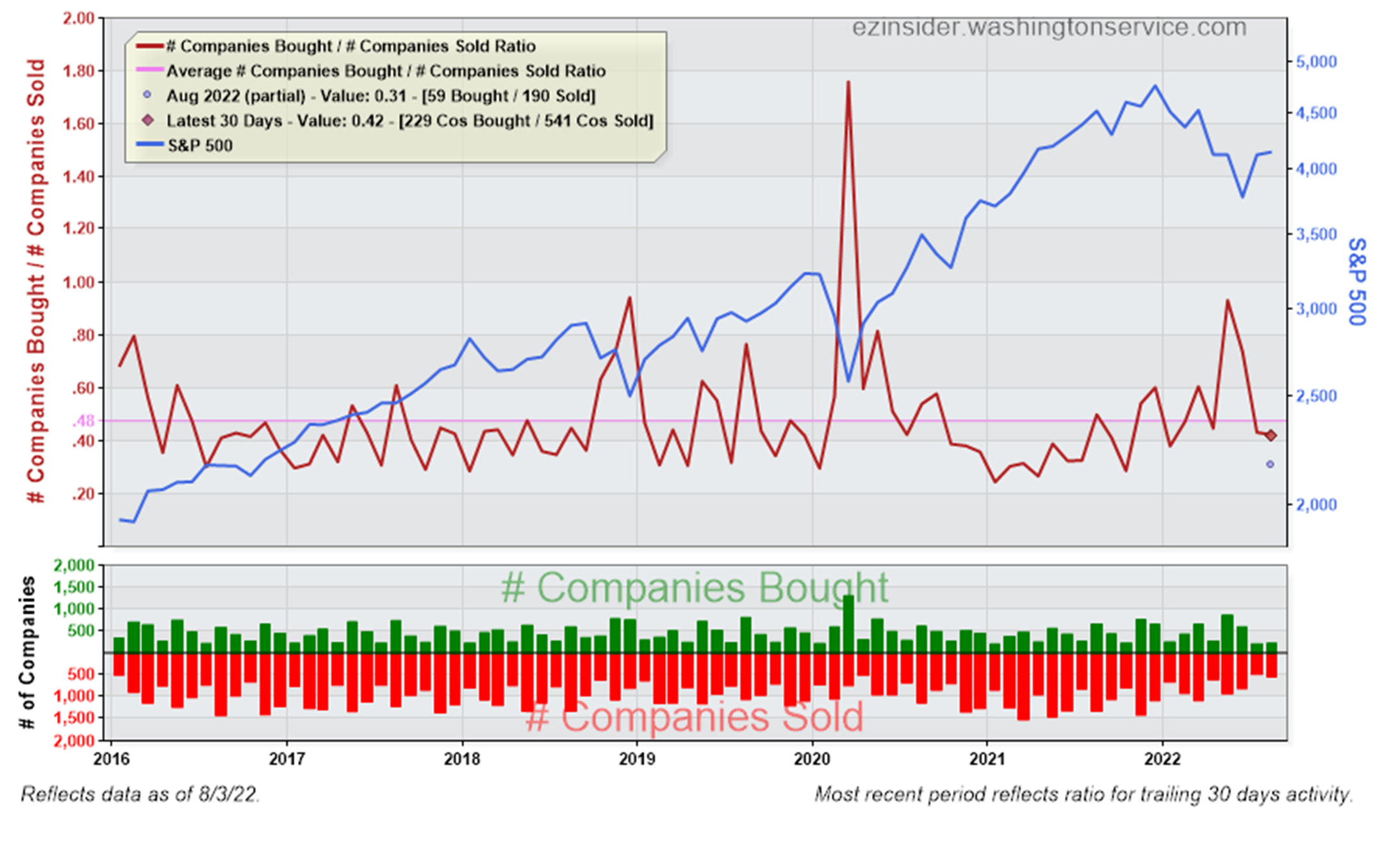 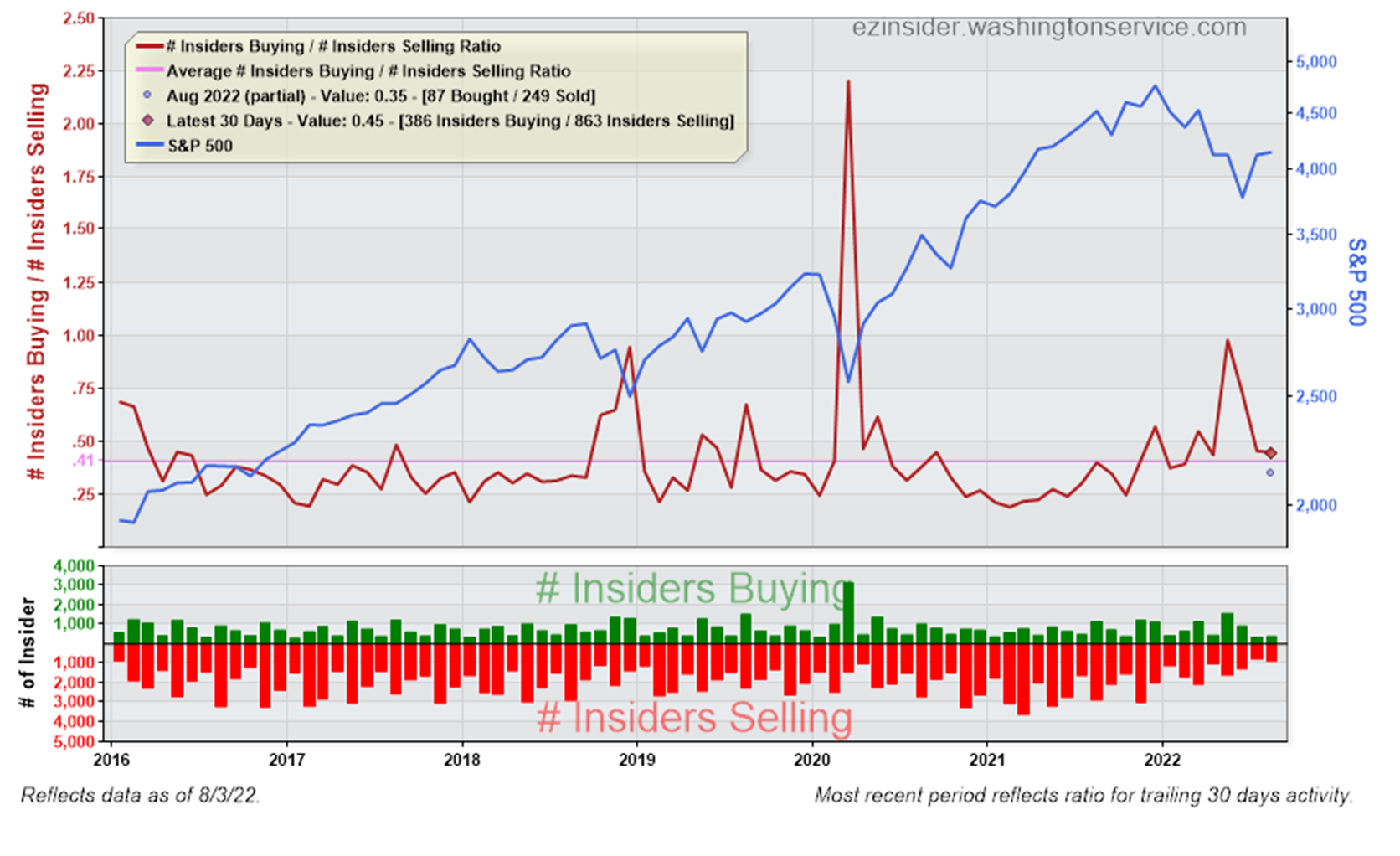 As shown on the graph above, July also saw a new low in the number of insiders buying and selling. Just 344 insiders purchased in July, which is the second lowest total of any month in our database behind only January 2017's total. Additionally, 756 insiders sold in July, the fewest monthly sellers since 672 sold in January 2009.

July's low numbers can be partially explained by the preponderance of earnings announcement-related blackout periods for insider trading. Generally, July tends to be a slow month for trading because of this, but July 2022's aggregate numbers look especially low when compared to prior July totals. When compared to prior July totals, 2022 represents the lowest monthly total number of companies with buying activity, companies with selling activity, and insiders buying, while the total number of insiders selling is second only to July 1988. Given that the aggregated metrics last month look low even when adjusted for earnings season, insiders may be waiting for the next major market movement before getting off the sidelines.