In May 2022, the overall value of Form 144s filed rose by 107% from the prior month. That rise was driven in large part by a 313% increase in the value of 144s filed outside of a 10b5-1 plan, while the value of 144s filed pursuant to 10b5-1 plans fell slightly from April’s total. However, as shown on the graph above, the total value of filings last month was 78% lower than the total value in May 2021. Similarly, the number of filings brokered last month increased by 61% from April, but fell 44% year-over-year. The number of shares brokered slid 19% year-over-year, but rose by 49% from the prior month.

Morgan Stanley retained the top broker title in May by brokering over 30% of the market’s reported value. They also finished first in terms of both the total number of shares and the number of filings brokered in May. UBS took second place, due in part to brokering the month’s largest trade for JD. Fidelity finished in third place, and brokered two of the month’s top trades in CRWD and CACC. E*TRADE ended the month in fourth place, while JP Morgan Chase rounded out the rankings. 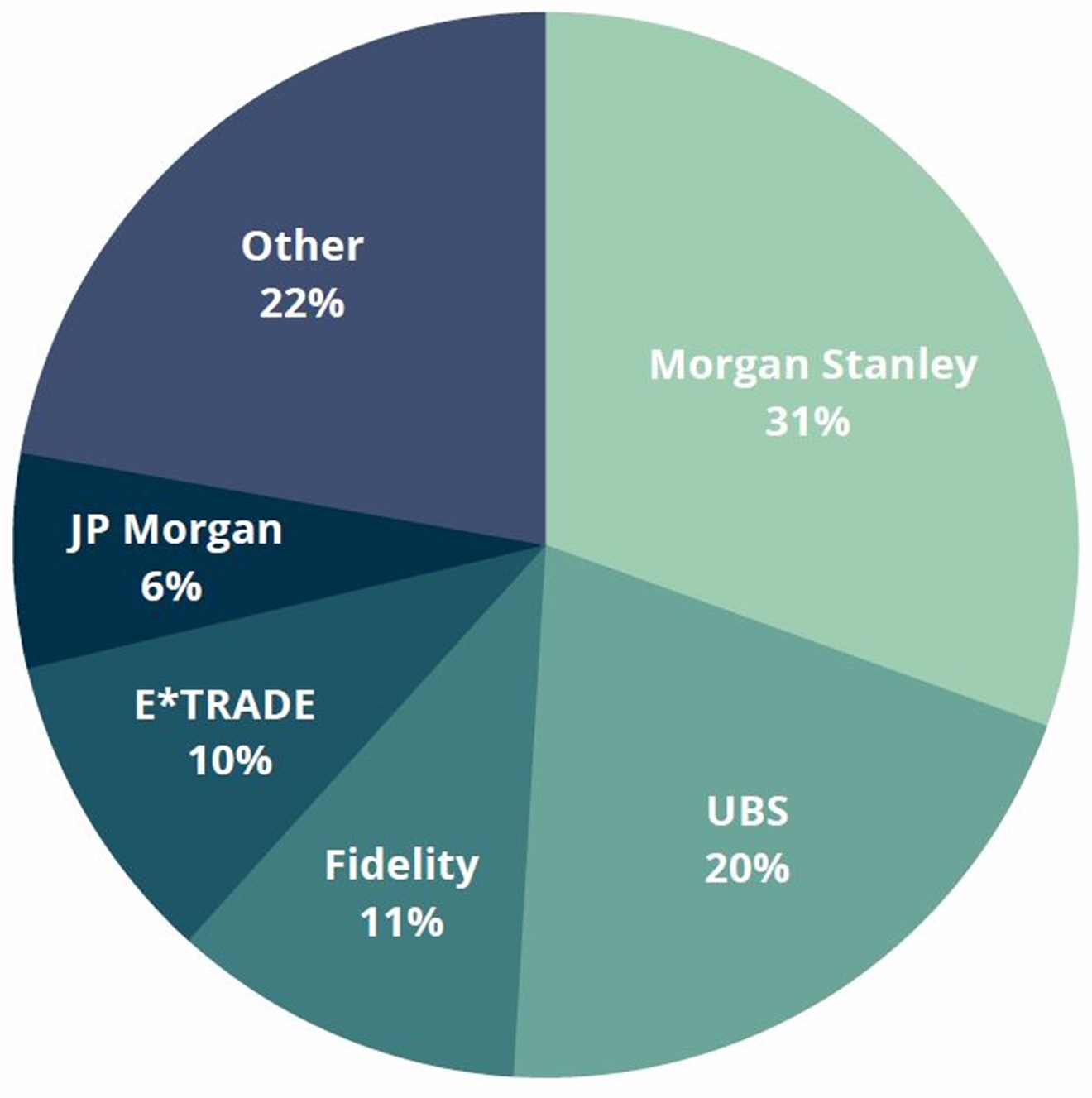 The top Form 144 filer by value in May was Max Smart Ltd, which filed to sell over $626 million of Chinese e-commerce company JD.com Inc. As disclosed on the filing, the shares registered for sale were originally acquired as part of a pre-IPO investment in the company. As JD is a Chinese company, no Form 4s will be filed to corroborate this potential sale. None of the top 144s this month were made pursuant to a 10b5-1 plan.

Several interesting trends stand out when examining the Form 144 market for C-Level executives in 2021. While 10b5-1 plan usage has been rising year-over-year for some time, the value of Form 144s for C-Level executives pursuant to a 10b5-1 plan was nearly four times higher than the value of unplanned Form 144s.  While this shows a high rate of Form 144 10b5-1 usage among high-ranking insiders, there is also an uneven distribution amongst C-Level executives themselves. As shown above, insiders listed as Chairman or CEO (or both) were responsible for the vast majority of the Form 144 value to be sold under 10b5-1 plans in 2021. While bulk of C-Level activity coming from CEOs and Chairmen could be due to relatively higher compensation, it may also highlight an opportunity for increased 10b5-1 usage among COO’s, CFO’s, and Presidents.