As recently highlighted in a Bloomberg Article published on March 2, insiders in February were hesitant to step into the market to purchase despite a broad decline across indices. In February, the ratio of insiders buying to insiders selling was 0.39 (654 buyers to 1,684 sellers), in line with the long-term average of 0.4. That ratio has risen to 0.53 so far in March, with the number of buyers rising by 47% to 962 this month. As shown on the chart below, the partial-month numbers for March seem to represent the first significant rise in purchasing by insiders thus far this year.

The ratio of companies buying to selling has also risen in March, representing the wide breadth of companies where insiders are purchasing. That ratio rose from 0.47 in February to 0.59 so far in March (583 companies bought to 987 companies sold). As shown on the graph below, that ratio has now risen to match the highest level seen since the market's dip in early 2020. 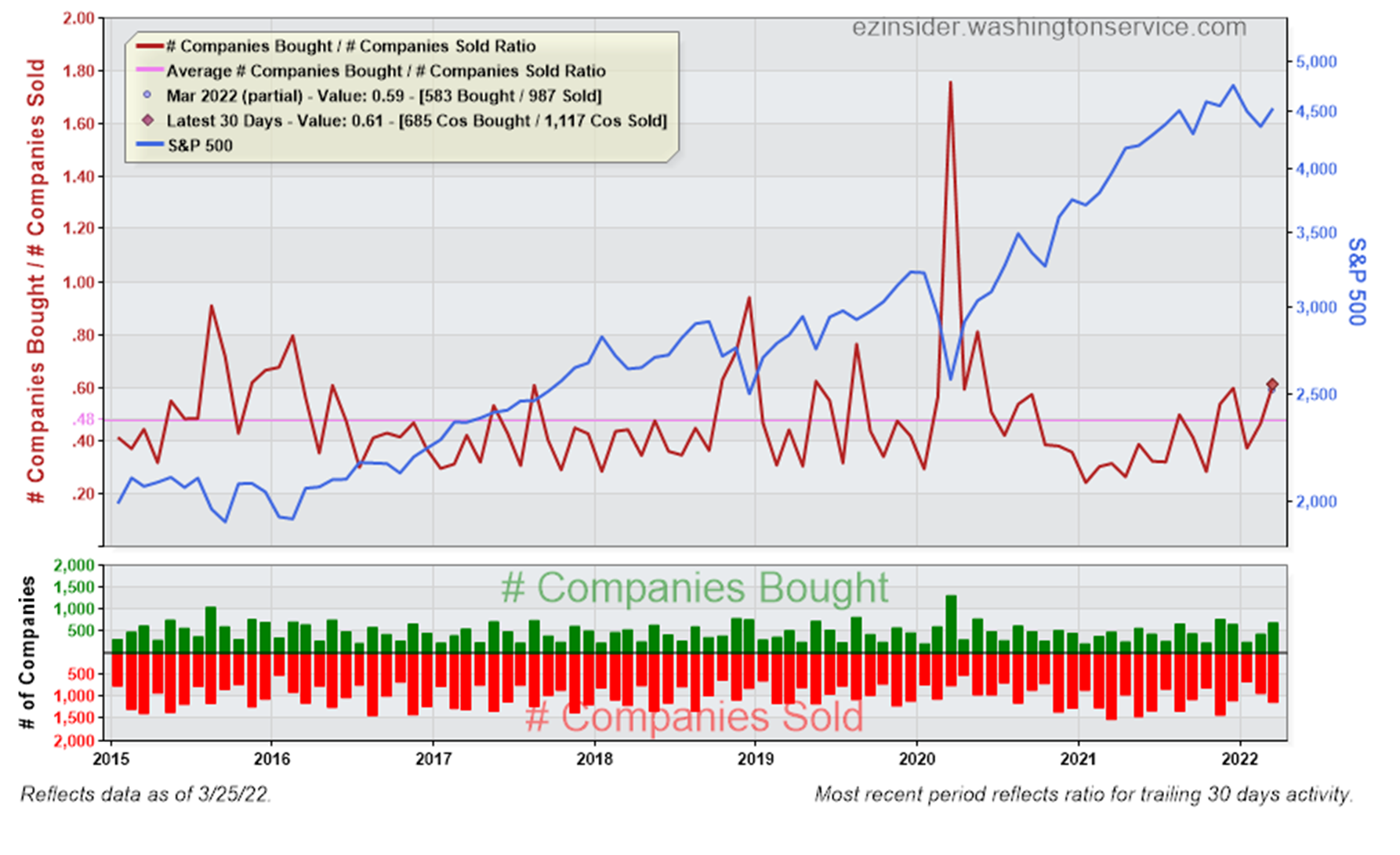 As mentioned in the article, significant insider buying tends to foreshadow a recovery in markets. While this month's numbers do not rise to the same level as March 2020's surge, they could suggest increasing optimism by corporate executives. Given the number of factors affecting a potential rebound in the markets—including concerns about inflation, the supply chain, and geopolitical events—investors may want to keep a close eye on aggregate insider sentiment as they monitor their portfolios.