Fidelity claimed the top broker title in September by brokering almost 23% of the market’s reported value. Their first-place finish was due in part to brokering the month’s largest filing in CRWD. Fidelity also brokered the highest number of filings in September. Morgan Stanley slid to second place, and brokered two of the month’s five largest trades at LYV and MOH. Bank of America took third place, while JP Morgan Chase took fourth, assisted by brokering the month’s second largest trade at HWM. Goldman Sachs rounded out the rankings. 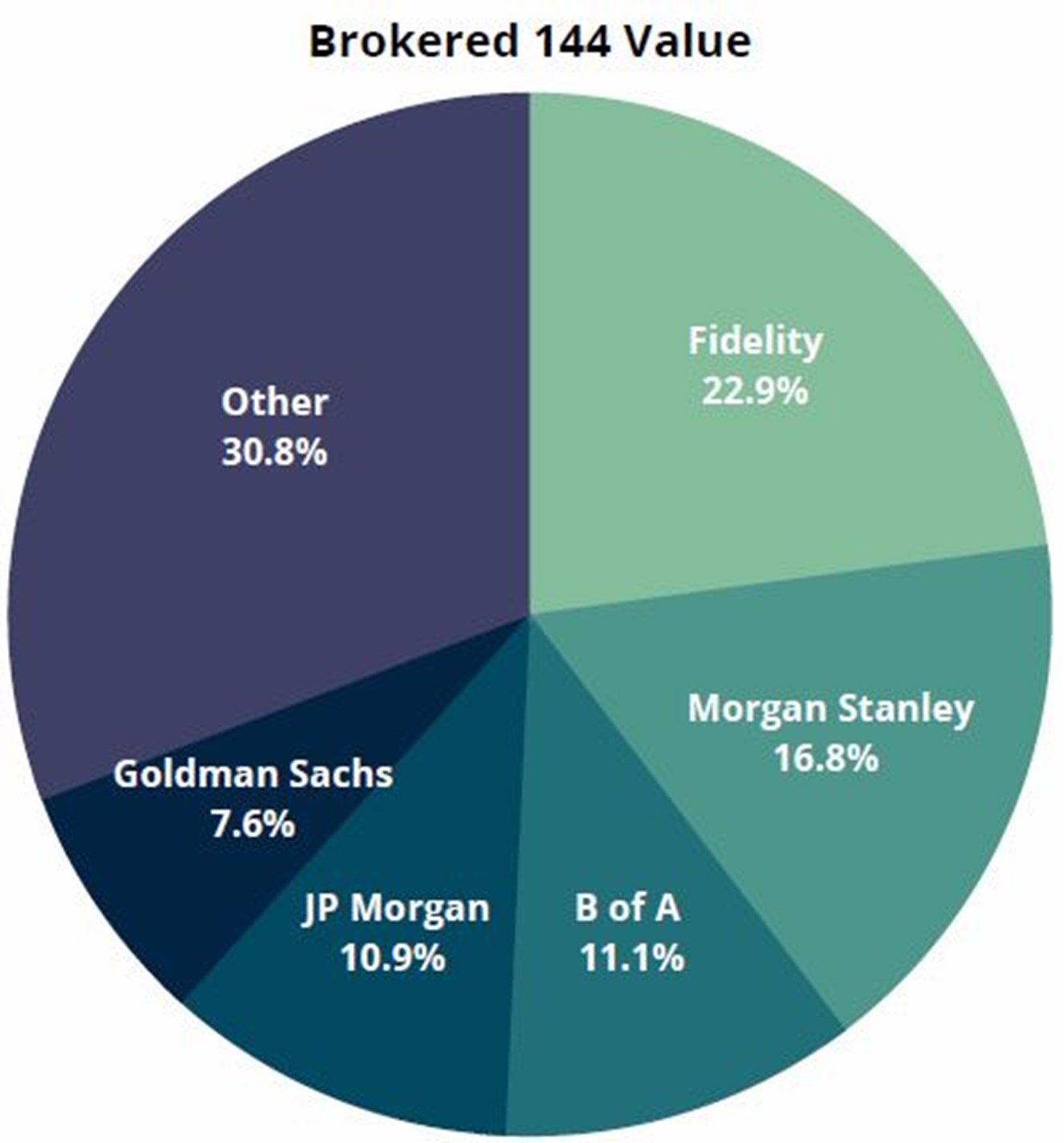 The top Form 144 filer by value in September was AGK Giving Trust, which filed to sell over $390 million of cybersecurity company CrowdStrike Holdings. The shares were gifted from CEO George Kurtz’s spendthrift trust after being converted from Class B stock. The month’s second largest filing for Elliot Investment Management at Howmet Aerospace was also notably large, and will be the largest ever sale at the company if completed as filed. Those shares of the aerospace manufacturing company were acquired by Elliot via open market purchases between 2016 and 2018. These sales have not yet been corroborated by Form 4 filings.