In August 2022, the overall the overall value of filings rose by 24% from the prior month. That rise was driven in part by a 25% increase in the value of 144s filed outside of a 10b5-1 plan.  The total number of shares brokered in August increased 25% from July. Conversely, the number of shares brokered outside of a 10b5-1 plan fell 28% from the prior month. The total August’s total number of filings brokered was 196% above July’s total.

*Monthly aggregates exclude data derived from pandemic-delayed, non-electronic Form 144 filings disseminated prior to June
2022. Due to dissimilar data sets, monthly aggregates for June, July, and August 2021 are not yet available for comparison. 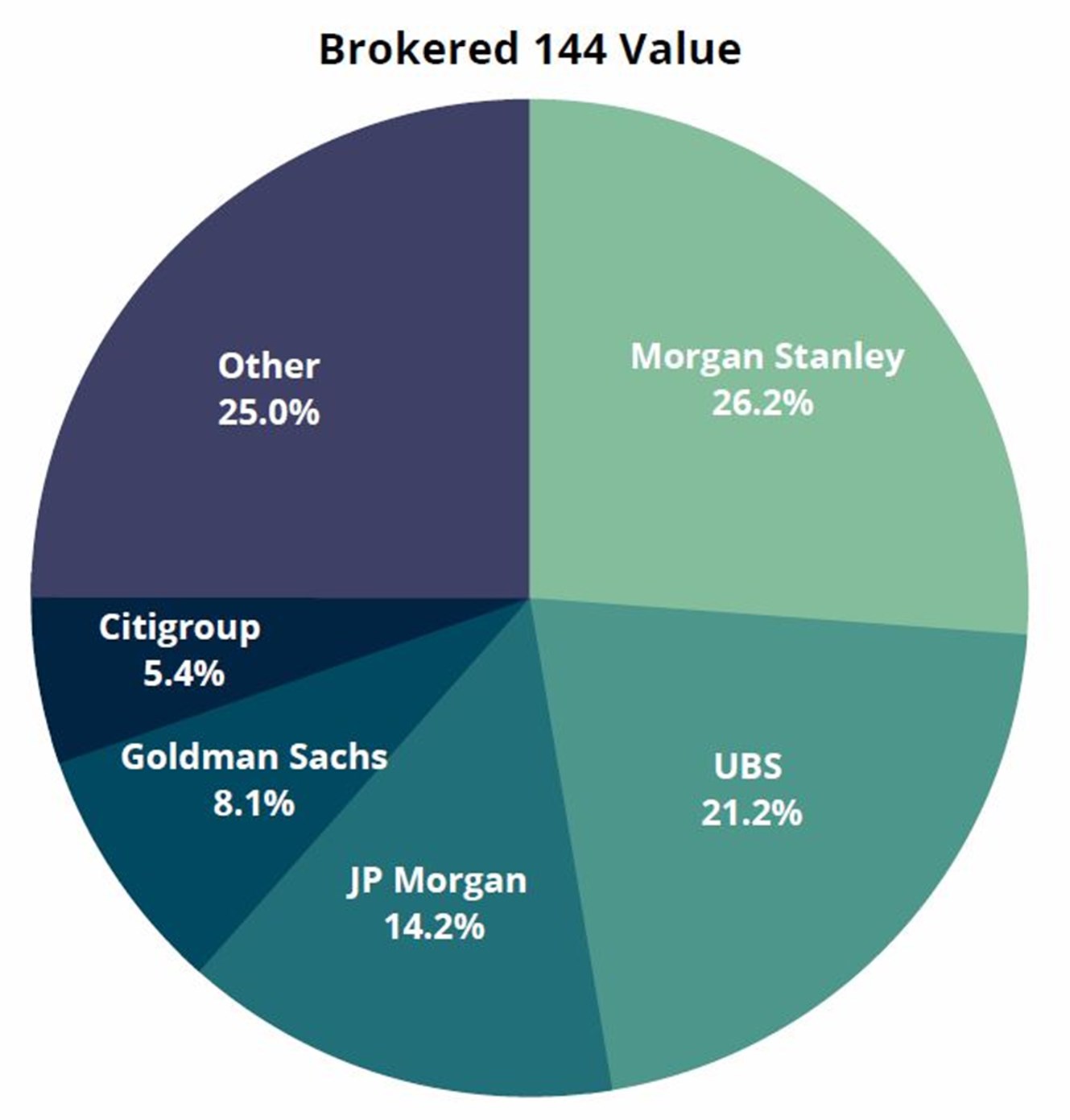 The top Form 144 filer by value in August was Elon Musk’s revocable trust, which filed to sell almost $7 billion of the electric vehicle manufacturer, Tesla Inc. Musk’s sales were split between UBS and Morgan Stanley. As disclosed on the filings, the shares registered for sale were acquired via the exercise of stock options, open market purchases, and offerings. The sales on the filings were corroborated by Form 4s and took place between August 5 and August 9. Given that Musk is engaged in a well-publicized acquisition of Twitter, the shares were most likely sold to finance that effort.