In December 2022, the aggregate reported value of Form 144s fell 37% from November. While the value of filings pursuant to 10b5-1 increased by 18%, the overall decrease is driven by a 45% decline in the value of unplanned Form 144s from the prior month. The total number of registered shares fell 13% month-over-month. When compared to December 2021, brokers filed 45% more filings this year; however, the total reported value of Form 144s was 20% lower than a year ago. The value of discretionary Form 144s was 90% higher year-over-year, while the value of planned forms fell 71% from December 2021. While Form 144 value has dropped in comparison with last year, the overall number of shares registered on Form 144s rose 81% year-over-year.

In December, Morgan Stanley claimed the top title by brokering over a third of the market's reported value, once again largely due to their role in Elon Musk's latest $3.6 billion filing at TSLA (see table, next page). UBS brokered the highest number of shares, but took second place in overall value. Goldman Sachs finished in third, due in part to brokering two of the month's largest filings for WMT and VEEV. Fidelity Investments took fourth place in value registered, but brokered the highest number of filings with 496 forms. Bank of America rounded out the rankings of the top brokers for the month. 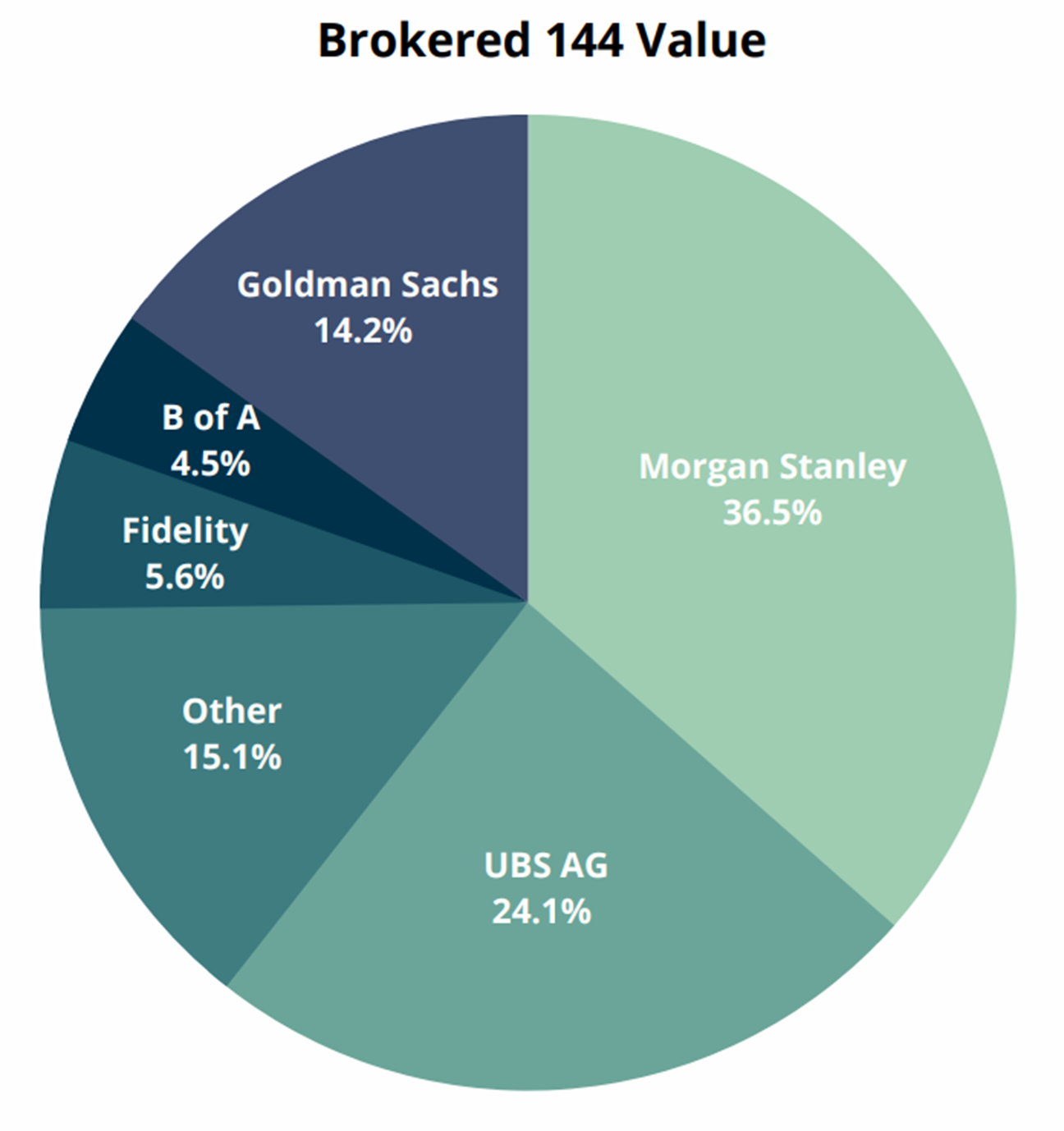